Being timeshares an expensive purchase, in addition to the economic downturn we’re living, there are more than enough reasons to dump a timeshare. The bad economy it’s an excellent stage for scammers to play their game, like it is said on the article Timeshare scams increase in bad economy. Owners appeal to sites like EBay or RedWeek, and try to sell their properties for unbelievable prices. Getting a timeshare in an exotic destination for 1 dollar is now possible, but you have to take the responsibility of paying all the annual fees that timeshares come with. Because of that, the timeshare sell now scam has been increasing in the last years, the resale companies take advantage of the people who blindly trust them by giving them fake promises, and after they take all the money possible out of the victim they just disappear.

Selling a timeshare is a big challenge. We’ve mentioned that before on the article Getting out of timeshare contract: the truth about it. The timeshare supply exceeds the demand by far, what makes nearly impossible to sell a timeshare at the same purchase price, or to sell the timeshare at all.  Scammers are aware of this, and that is where the timeshare sell now scam has its origin. Thousands of people are being called by telemarketers across the USA and Canada, who claim to have a buyer for their timeshare, ask for an upfront fee and never call again. This fraud has taken millions of dollars based in lies and dirty tricks. 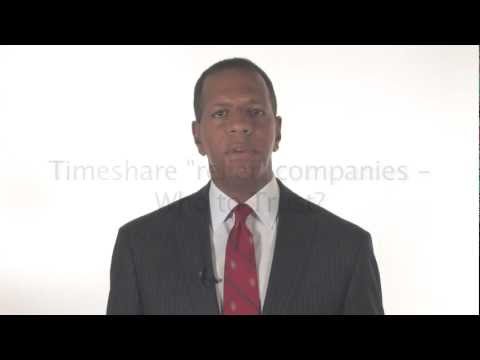 Timeshare sell now scam - Why do people keep falling for it

Despite the constant warnings on the internet, TV programs, magazines and newspapers, thousands of people keep falling for a timeshare sell now scam.  You just have to go to timeshare forums, blogs and complaint websites to confirm it. The reason why this happens is because loads of owners are looking to get rid of their timeshares so desperately, that they would do anything that it takes to dump the unit.  That, in combination with the misleading rhetoric used by the telemarketers, makes the perfect formula to get a fraud done. Another reason why this keeps happening is that many of the victims are elderly/seniors who don’t know how to use a computer properly, so they’re not able to research anything linked to a timeshare sell now scam. Seniors are often a good target for timeshare scammers, the article Senior suffer over timeshare scams talks about that.

No matter how beautiful the promises sound or how professional the salesperson looks like, we always have to be very cautious when it comes to making a deal with a company. Remember that every salesperson is trained to get a pact done, and always keep in mind not to pay an upfront fee at all, like is mentioned on several articles, Sell timeshare scam is one of them, that’s the first thing you have to learn to avoid getting yourself in a scam.  Be always suspicious and ask as many questions as it is possible, ask for references and look for reviews on the internet, just to bring up a few advices, but the best thing you can do, if they reach you by phone is hanging up. You don’t want to deal with those people.

Timeshare industry has a bad reputation, but not everything that is related to it is a scam. Mexican Timeshare Solutions is a legitimate company that maintains an A rating with the BBB, without asking for an upfront fee.  We’ve mentioned in various articles before, like Cancel a timeshare – Tips to get rid of it, that the best way to get away from a timeshare contract is by cancelling the agreement. Contact us today for a free advice on your timeshare issue and escape from all the problems that timeshares come with.

To know more about Timeshares visit:Timeshare points for sales