GRAND MIRAMAR: Hundreds of people get scammed in Puerto Vallarta

In Puerto Vallarta, the American Mark Talon knew the market as well as himself, where he moved like a fish in the ocean, he opened and closed businesses at the same time he was associated with those who were immersed in the timeshare industry.  No one was suspicious about him, but his personality betrayed him: he was very ostentatious; he drove a big hummer and liked to wear expensive jewelry. But his luck came to an end a few months ago, when agents of the DEA (Drug Enforcement Administration) arrested him to response to some illegal drug trade acts occurred in the American Union. The US government has been very hermetic about Mark Talon, and didn’t report notice about his arrest.

In recent journalistic investigations, it was revealed that Mark Talon was associated with Michael Diaz, who is son of the CPA Miguel Diaz, and suddenly came back to Puerto Vallarta from Tijuana with lots of money in his pockets, enough to put several businesses in operation.  Therefore, Michael Diaz has been in the spot light of the Mexican authorities. 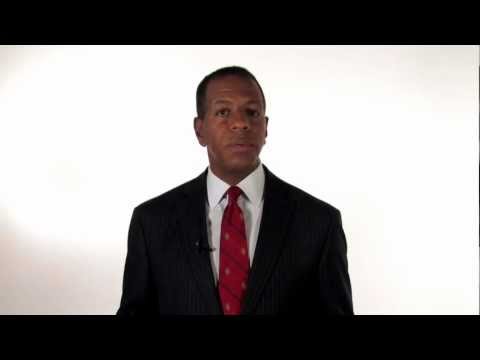 Mark Talon and Michael Diaz opened a sales company called “Corporativo Integral” (Integral Corporate), and through this company they sold almost all the timeshare properties at the resort “Grand Miramar” but in this process hundreds of American customers got defrauded. They told them that with their purchase they would acquire a timeshare membership with which they would enter to a rent system, and in a few months they would get their investment back plus a profit.

In fact, the buyers were bamboozled with that rent system, they were told it was an intelligent investment to buy a timeshare at GM, and this way the scammers kept asking for upfront payments and took thousands of dollars out of the victim’s credit cards, that money was transfer through the Bank of America.

To hook the people – the Integral Corporate sellers – offered them a financial plan with a low interest rate, but when the buyers came back to the US, they noticed that their bank accounts were almost empty. It was an authentic swindle, said other scam victims by Grand Miramar like Steven, who was ripped off with 40 thousand dollars when buying 3 timeshares, and which promised rent profits never were delivered, even when he had to pay the VAT (IVA) in Mexico.

The costumers were also told that their timeshares were part of a high range rent system, that is to say, other vacacionists would pay big amounts of money and that money would be refund to the timeshare owners.  Other clients decided not to keep paying and received many threatening phone calls, and when they came back to cancel the contract, no one was able to solve their issue.

Katherine Walsh, another victim, left her testimony in a website where hundreds of complaints against GM were posted. “I’ve paid 43,900 USD in total to the timeshare resort GM. They compromised to sell my timeshare at Playa del Sol Grand for 44,710 USD, but nothing happened. I tried to obtain a fax number and send the cancelled contract, but I got nothing”

One more victim, Mark T. Wilgus, told his bad experience in Puerto Vallarta with GM. He said that on August 12th, 2010; he made a 5 hours tour in the resort. He was offered a 4 weeks a year membership.   He bought a property for 24,810 USD, and he was told that he would get his money back in a short period, but the days went by and he didn’t get anything.

In this fraud, the reputation of the Bank of America was damaged, since they were the ones that should’ve known that Grand Miramar was inducing the clients to buy a timeshare –through high pressure sales tactics- with the use of credit cards to finance the membership payment. The ones who got lucky were those who attended the timeshare presentation without buying, but they left the place very angry and upset, since the salespeople were very aggressive to them.

Stories like this occur every day in Mexico; we see people’s faces but not their intentions. Timeshare industry salespeople are known for their aggressive sales tactics and insidious logic. If you were a victim of a timeshare scam by Grand Miramar, or anywhere else, don’t feel disappointed or hopeless. Contact Mexican Timeshare Solutions today for a free consultation on your timeshare issue.  We will solve your problem in a professional way, and we won’t charge any fees until your contract is completely cancelled.

Leave your comment below and share your opinion with us. To know more about timeshare scams go to: Timeshare Ownership