PROFECO Is an administrative branch of Mexico’s federal government whose purpose is to strengthen consumer rights. They have one department that is dedicated to assisting foreigners who have made bad purchases in Mexico or fallen victim to timeshare scam. This department is named C.A.R.E., Departamento de Conciliación a Residentes en el Extranjero. Many timeshare scam victims that have purchased timeshare contracts based on fraudulent promises are referred to resolve their disputes against the timeshare developer.

If the client is trying to cancel within the 5-day rescission period, the agency will give them a standard cancellation letter to sign, date and send by registered mail to the timeshare developer and to Profeco’s head office in Mexico City. After that point, the client is instructed to wait for a minimum of 20 days before they can assist further with their timeshare fraud case. The resort is supposed to refund the down payment within 15 days of receiving the cancellation letter, if the letter was sent within the 5 day rescission period; however, many resorts do not respond to the cancellation letter and try to delay the process as much as possible. Although the agency makes every effort to help clients to get their full refund in situations of timeshare fraud as outlined by the consumer protection laws, unfortunately the timeshare developers often use the fact that the client has gone to Profeco as a delay tactic.

THE TRICKS AND DELAY TACTICS

The timeshare developer then claims that because agency is involved, the timeshare scam situation needs to be reviewed by their legal department, instead of just processing the refund through their sales department. As such, a simple rescission of a fraudulent contract, can turn into a nightmare of waiting several months for the cancellation of the contract and a refund. If the client does not get a resolution to their timeshare situation, the agency may require the case to be reviewed in several hearings, to which the timeshare representatives often do not attend.

The fine that Profeco charges to the resort for not attending the hearings or for not resolving the problem, is very small in comparison to the money that they make from not returning the client’s hard earned money. The agency can help with the mediation process, but has no power to enforce the resolution for a client who has been scammed. Some clients have contacted us because they never received their refund, even though they cancelled within the 5 day period according to law, and have followed all of Profeco’s procedures to rescind the timeshare they cancelled. 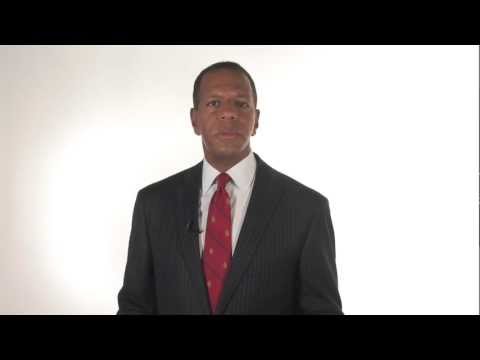 There are other limitations to the service provided by the agency for timeshare scam victims. The first is that the agency has a statute of limitations of one year. Many timeshare purchasers do not realize they have been scammed until they try to book a vacation or rent their weeks. It often takes timeshare owners more than a year to figure out that the promises that were offered were fraudulent, particularly if they purchased a biannual plan. Other times, the resort will say that they will take back the 1st year of use to reduce the original purchase price. This is another delay tactic, to ensure that the client has no recourse through the agency to fight against the timeshare developer because they do not try to use it until after one year. In all of these cases, the agency is not able to assist the clients because of the one-year limitation.

The main limitation with the agency is that if you, as a client, decides to file a claim with them, all of the information needs to be provided in writing. Normally, none of the false promises used in the sales pitch for timeshare scams are outlined in writing. The timeshare developers have large legal teams that regularly update their contracts to protect their staff. They often include statements for clients to initial or sign, where they agree that they have not been offered any promises verbally. These are intentionally put in the contracts as the developers are aware that their salespeople make outrageous verbal promises of investment income to clients in order to increase their sales. As most of the timeshare scams arise because of verbal lies and misrepresentations, the agency is not able to help clients to resolve their matters, as only written documents and contracts are considered.

Despite the good efforts and willness of PROFECO, their ability to assist timeshare defrauded customers is limited. IIf you have been scammed by a timeshare resort, do not despair; contact Mexican Timeshare Solutions today for a free consultation on how we can use our experience and expertise to negotiate with the resorts from a position of Strength. We can help to ensure that the timeshare company is held responsible for the lies and misrepresentations their salesperson used to sell your timeshare, and in doing so, cancel your timeshare contact and assisting to get you a refund of your hard-earned money.

Leave your comment below and share your opinion with us. To know more about timeshare scams go to:

Timeshare Presentations: How to survive them

19 comments
28 comments Write a comment
Should Mexican Timeshare solutions help you today?Our work is based on a Contingency Basis: NO RESULTS, NO PAY.Get FREE consultationSend us a message 888-275-35-9510:00 am - 6:00 pm Central Time