They have have been around as for as long as timeshare exists. These companies offer a money back guarantee but, How can you be sure that they will not run away with your money after you paid them upfront?

The faith that most timeshare buyers have in their salespeople is shattered once they realize they have been lied to, misrepresented and defrauded out of thousands of their hard-earned dollars. Their belief that people are inherently honest is often converted into skeptism, and rightly so, as the timeshare scam salespeople have been well trained to sell no matter what the cost to the consumer both financially and emotionally.

These "timeshare advocates" operate in a very similar manner to the resale and rental companies. They set up a simple website to represent their business online. The potential clients see that the company has a money back guarantee and so they gain confidence to contact the timeshare cancellation company.

Many of these companies are based in the US and have excellent BBB ratings because they are new companies, or change names regularly. This also helps clients to gain false confidence in their services. Once the client gets in touch with the company, they are charged the cancellation fee upfront, which often amounts to several thousand dollars. At the beginning, the client is contacted with progress updates on a regular basis. After some time, the client is delayed with promises that their timeshare will be cancelled, but it just takes time and they must be patient. 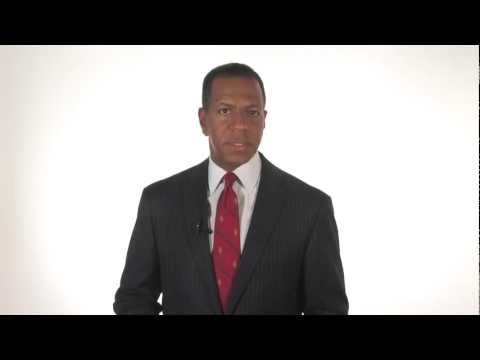 Eventually, the client can no longer reach the timeshare advocates company. They try by phone and email with no response. Sometimes, they even mail letters to the cancellation company and the letter is returned undeliverable. Later, they find out that the company has gone bankrupt. Having filed for bankruptcy,the company no longer has any financial obligation to pay back the upfront fees to the clients, even though there was the promise of a money back guarantee.

This process occurs over and over again with all types of companies that charge upfront fees for rentals, resales and cancellation. Unfortunately, many timeshare owners are so desperate to get rid of their timeshare contract, that they make several attempts to cancel using one of these companies, hoping that they will eventually get the results they desire.

Other companies claim that they have no upfront fee. They say that the money will be held in an escrow account until the process is finalized, at which point the client will get their money back from the resort to cover the cost of the company´s fee. The client then wires the money to the so-called escrow company. Again, these escrow companies often have good BBB ratings because they have a short life span before they go bankrupt.

Some of the companies are located in the US, which makes it easier to dispute the charge if problems arise, except for if the company has already gone bankrupt.

Other companies will claim to be in Mexico. Escrow accounts are not existent in Mexico, so the clients are normally asked to wire the money to an individual’s personal account. This money is practically impossible to recover once it has been wired to Mexico. Escrow scams for timeshare cancellation are becoming more and more common, confirming that it is never a good idea to pay money upfront to get rid of your timeshare.

At Mexican Timeshare Solutions, we are professional timeshare advocates  committed to working on our clients´ behalf on a 100% contingency basis. We stand behind our results, meaning that if we are not successful in cancelling the timeshare contract, we do not charge a penny for our efforts.

Our clients only pay our fee once they have received cancellation notice from the resort and whenever possible, a refund directly into their account. Money back guarantees or paying money to an escrow account are not sufficient ways to ensure that your hard-earned money is safe in the timeshare industry that is riddled with scams. Call Mexican Timeshare Solutions today and avoid getting scammed twice by trying to get rid of your timeshare contract with a company that charges an upfront fee.

Leave your comment below and share your opinion with us. To know more about timeshare scams go to:

Timeshare Donation to charity- How to Proceed?

Timeshare Lawyer...When do I need them?

29 comments
15 comments Write a comment
Should Mexican Timeshare solutions help you today?Our work is based on a Contingency Basis: NO RESULTS, NO PAY.Get FREE consultationSend us a message 888-275-35-9510:00 am - 6:00 pm Central Time