If you have a timeshare you want to get rid of, it is very important that you consider all the possible solutions regarding timeshares. Beware of fraudulent, overpromise companies.

Over the past few years, there has been a growing number of frauds being perpetrated against timeshare owners. A big percent of these scams have a connection with timeshare resales.  Desperate to get out of a timeshare ownership, thousands of owners choose to put their timeshares up for sale, which becomes in a big struggle due to the bad reputation of timeshares and the instability of the resale market. There are a lot of companies that claim to sell your timeshare in a certain period, only if you give them an upfront fee. Timeshares only is one of the largest timeshare resales and rentals company. 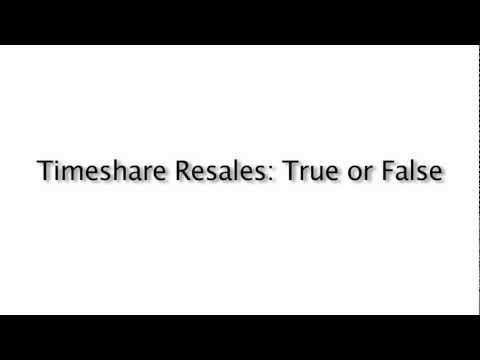 Timeshares only – The company

Timeshares only is known as the world’s largest timeshare resale marketplace.  They claim to sell your timeshare by using different advertising avenues: radio stations, internet, billboards, television and print publications.

Even though the timeshare resale market is poor, Timeshares only assures that the industry has experienced growth over the last years.  Depending on how much the owner wants to advertise his timeshare, they ask for an upfront fee that goes from $450.00 to $600.00 or even more. Timeshares only offices are located in Orlando, Florida.

Timeshares only – Complaints and Reviews

A considerable number of our clients were scammed not only once, but twice or even more times. These are some of the complaints we have been told about Timeshares only:

One of our clients contacted Timeshares only to sell his timeshare in Cancun. He was confident to hire this company because of the advertising tools they use in order to sell a timeshare.  He gave $450.00 for an upfront fee, and he was promised he would receive 100% of the sale since Timeshares only do not take commissions.  After 2 years, his timeshare was not only still for sale, but the listing price was seriously reduced. When he asked the company if he could get a refund, they denied his request, since he had to cancel the agreement within 3 days, but that wasn’t stated in the contract.

Another complaint that we received was from a couple who owns a timeshare in Orlando. They were told by that their timeshare would be sold within 2-6 months. They also paid $450.00 as upfront fee. They had to lower their asking price since they were not hearing from any offers. Until now, their timeshare is still for sale.

One more complaint was from a client from California who owns a timeshare in Sedona. She was assured that the resale market was “hot” due to the high season and because of that, her timeshare would be easily sold, she only had to pay $598.00. Initially, she listed her timeshare for $13,000 but since she wasn’t receiving any offers, she had to lower the price to $7,995. Yet there were still no offers. A year later, she wrote a letter to Timeshares only hoping to get a partial refund. She never received any reply to her letter, even though she wrote more than one.

Timeshares only – Still thinking on listing your timeshare for sale?

If you are still thinking on putting your timeshare up for sale, we suggest you to think it twice. It is nearly impossible to get back what you initially paid for your timeshare ownership, since you surely overpaid if you bought from the developer, but before that, you have to find a potential buyer and that is even more difficult.

Therefore, the most efficient way to get rid of a timeshare ownership is by cancelling your original contract.  Timeshare cancellation does not cost an upfront fee, and when it’s properly made, you won’t have any further strings attached to the resort.

At Mexican Timeshare Solutions we offer you a free advice on your timeshare matter, and no charges are made until your contract is completely cancelled. Contact MTS today for a free consultation and get rid of your timeshare as soon as possible.