Timeshare Resorts in Nayarit: Under investigation

Canadian authorities, in coordination with the Federal Police, started an investigation against the “money laundry” in a number of timeshare resorts in Nayarit, after the murder of the Canadian Thomas Gibsy in April, 2012.

At least 3 important timeshare resorts in Nayarit are being under investigation for a probable “money laundry” after the Canadian police had started a big operation to detect investments that some drug dealers from Canada have made in Mexican touristic paradises like Nuevo Vallarta.

The detonating of this investigation was the execution of the Canadian Thomas Gibsy and the capture of Nicholas Michael Lucier in Nuevo Vallarta, one of the most wanted cocaine drug dealers in Canada.  His criminal record started in 1983, and his crimes include: weapon possession, assault and robbery.  Nicholas was hiding in Nuevo Vallarta –a paradise for drug dealers- under the name of “Corry Corbett” and is accused by the RCMP (Royal Canadian Mounted Police), an institution that investigates the investments made by Canadians in Mexican touristic centers.

In fact, because of these events, a big operation got started and it’s known by informative sources that two exclusive timeshare resorts in Nayarit where important Mexican businessmen come to light, are in the spotlight of the Mexican and Canadian authorities. 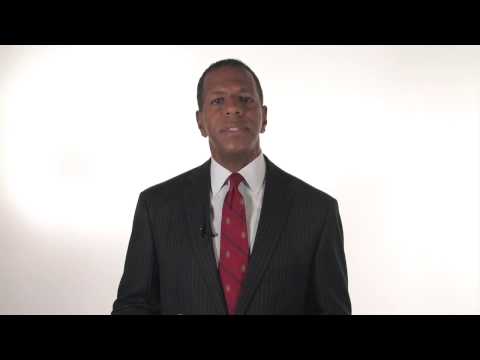 Regarding the crime of Thomas Gisby several rumors were generated, among others, that the Canadian was executed by a Mexican drug cartel, since he tried to sell the drug trade business to a criminal group called “Los Zetas” in Aguascalientes.

The members of the Sinaloa Cartel were not happy about that, so they ordered his execution, being that Thomas Gibsy was an expert in drugs transfers to Canada, even though he already have had problems with rival gangs in Canada, to the extent that they tried to murder him by putting a bomb under his car.

It was divulged by an anonymous call from a Canadian, that one such Daniel Spagna- also a Canadian citizen- was involved in the murder of Thomas Gisby. Daniel Spagna was supposed to be the owner of the vehicle that the hit men used to escape, and he was supposed to be a worker in one of the timeshare resorts in Nayarit. Daniel Spagna, indeed, used to work at the Dreams Hotel, in the timeshare area. After the murder of Thomas Gibsy, nothing else was known from him.

Timeshare Resorts in Nayarit – The Criminal

48 year old Thomas Gibsy, who was executed at the Pueblito Paraíso Hotel in Nuevo Vallarta, had a serious drug trade criminal record in Canada.  He was the victim of an attempt where some explosives were collocated under his Caravan truck.

According to divulged information by the Canadian media, the chief of the Royal Canadian Mounted Police, Dan Malo, informed that Thomas Gibsy was part of the gangs that controlled the drug and weapons trade from Mexico to Canada. He thought that by coming to Mexico and making investments at the timeshare resorts in Nayarit he was going to be protected, but he forgot that the racketeering has neither laws nor respect.

Thomas Gibsy was a very well known drug dealer at Fraser Valley, and he was involved in this illegal business for over 20 years. At the same time, he had connections with the most important crime figures from the “Hells Angels” and “Dhak” groups. The Canadian came to Mexico to spend a long stay after the attempts he suffered in his native country.

This is not a new story in Mexico. Not only are several timeshare resorts in Nayarit working with money coming from drug dealers, but also other timeshare resorts all over Mexico.  If you’re thinking about buying a timeshare in Mexico, we suggest you to think it twice, and remember that timeshares are not investments, but expensive and risky purchases.

If you’re a victim of a timeshare scam, Mexican Timeshare Solutions offers you a free consultation on your matter. Thousands of cases solved successfully back us up, and we don’t charge any fees until your contract is entirely cancelled. Contact MTS today for a free advice and rid yourself from future debts and financial problems.

Leave your comment below and share your opinion with us. To know more about timeshare scams visit Timeshare Prices, are they affordable?